Join us for an afternoon of free, documentary films that explore the richness of Gullah Geechee history and culture. The featured film, “The Language You Cry In” tells the story of how an important language link between the Gullah Geechee and the people of Sierra Leone was documented and reclaimed. The film tells an amazing scholarly detective story reaching across hundreds of years and thousands of miles from 18th century Sierra Leone to the Gullah people of present-day Georgia.  Short films to also be screened include, “Down Yonder with the McIntosh County Shouters” which explores the Gullah Geechee religious tradition of shouting, and “Gullah Geechee Foodways”, a new PBS Digital short filmed on location with Gullah Geechee chefs at the Fields Farm on Johns Island — a third, generation Gullah Geechee farm.  Presented as part of the Wilmington Juneteenth Celebration. 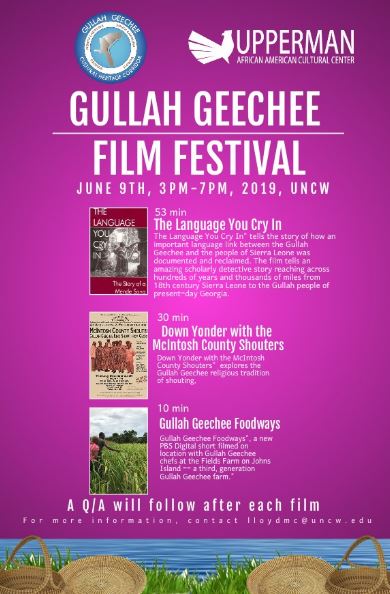