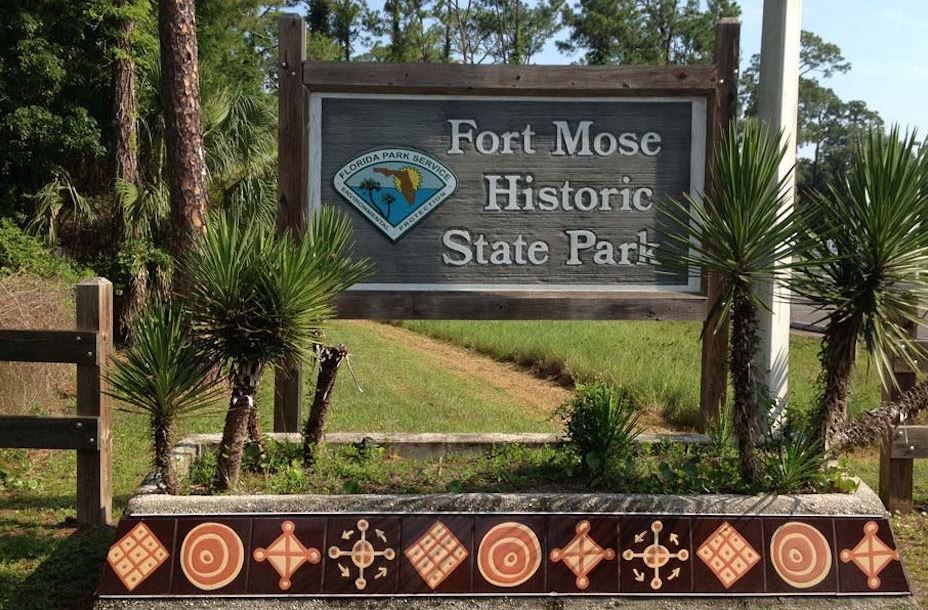 “Established in 1738, Fort Mose was the first free black settlement in what is now the United States.  By 1738 there were 100 blacks, mostly runaways from the Carolinas, living there.  Many were skilled workers, blacksmiths, carpenters, cattlemen, boatmen, and farmers.  With accompanying women and children, they created a colony of freed people that ultimately attracted other fugitive slaves.