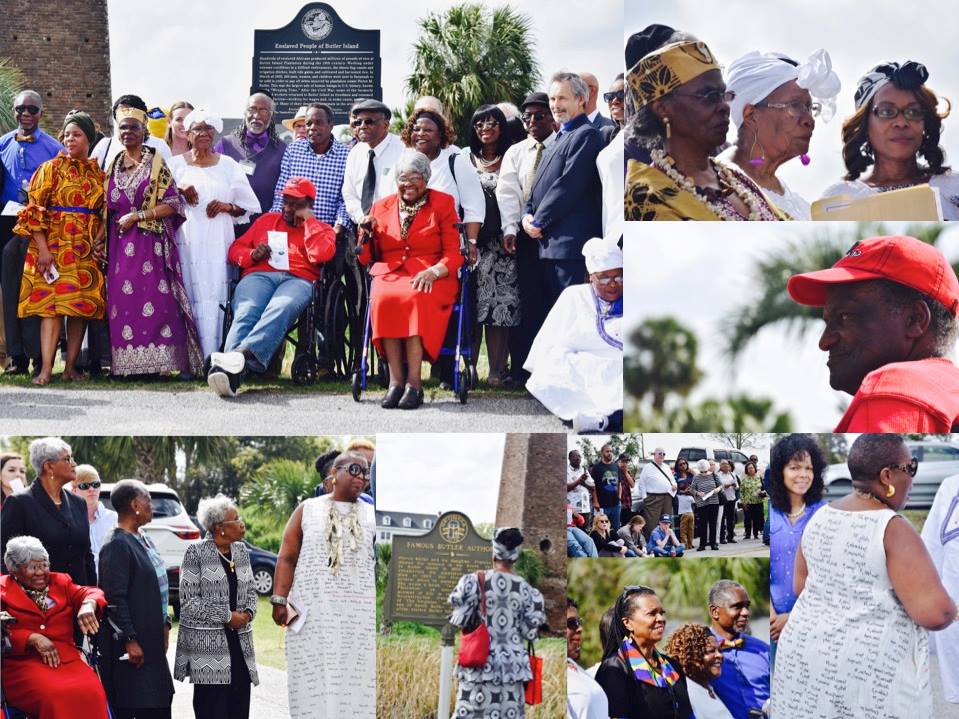 On March 3, 2019, crowds gathered for unveiling of a new marker from the Georgia Historical Society dedicated to the men, women and children who were enslaved on the Butler rice plantation in Darien. Some of their Gullah Geechee descendants were present today to finally see their ancestors recognized decades after another marker had long been placed — in 1957 — about the plantation and it’s owner, Pierce Butler. The descendants gathered had travelled from as far away as Philadelphia and included a grandson of the famed Liverpool Hazard. The unveiling coincided with The Weeping Time | 160th Commemoration of 426 of those enslaved on the Butler plantations and who Butler sold in Savannah on March 2-3, 1859 at what became the largest, single auction of enslaved people in U.S. history. You can find the marker on Highway 17 just outside of Darien, Georgia.